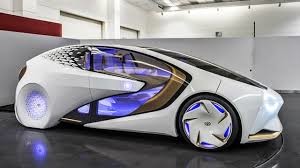 The world is in a constant state of #progression. We have seen advancements after advancements in the field of #science and #technology that have made life better. Not only do we live smarter, we are finally starting to realize the necessity of saving our #environment – the world we live in. The #automobile sector is just another sector that has felt the effects of the ongoing drive to rid the environment of #pollutants. However, this has proved to be disappointing for #automobile #enthusiasts. Gone are the days of #gas-guzzling trucks, #diesel pumping four-wheeler and the very loud sports cars. Now a days, #hybrid and #electric #cars are the talk of the market and soon they will dominate, #leaving pure #gasoline-run cars in the dust.

While there is nothing wrong with having a #cleaner #environment, losing the #adrenaline rush you get from driving a V8 is something which can never be forgotten. Be frank with us, how many times has your heart raced when a Prius has rushed by you? We all know the answer to that question, never. There is just no excitement in driving an electric car. You don’t feel the high-revs, agile gear shifts and the #rumbling #monster underneath the hood. So, is the future of cars innovative or saddening? Well, for the most part, it is a bitter sweet #symphony. The future is innovative but saddening at the same time. Let’s take a look at some of the latest advancements in #automobile #technology and how they affect us car enthusiasts.

Self-driving cars haven’t really made their way to the front lines but the technology is undergoing tests and the ride-hailing app #Lyft might be the first to introduce one in the States. The idea is simple, if you buy a car with the self-driving #technology, you are no more needed. You might as well #lazily doze off until you reach your destination. The software takes care of everything else. While this might be good for the general public in the form of taxis, it is devouring the spirit of driving a car. In the future, we might even see people not caring to learn how to drive a car. That generation might never know the adrenaline rush, the excitement that comes with taking your car to the limits.

We are already seeing vehicle manufacturers coming up with the latest driving assist #technologies. Modern vehicles will literally do everything for you, so famous marques are making things interesting inside the cabin by providing the latest connectivity features, ambient lighting, mood-based lighting and what not! Sitting inside a car will no more be an adventure but more of an entertaining outing. All the rawness, the air hitting your face, the super charger howling and the tires screeching will no more be felt by the passengers let alone the driver.

We were never in favor of automatic cars from the beginning. There is no transcendence of skill from the driver’s hands to the tires. You have absolutely no control of the gear shifts! Fortunately, marques retaliated by providing paddle shifters in cars and the joy somewhat returned. Using paddle shifters, you could imagine yourself as a Formula 1 driver and change gears in the blink of an eye. However, changes never stopped there. Now we have electric cars that have no engine at all. All you have underneath the hood is a large battery that you charge with electricity. This battery sends power to one or two motors mounted on the front or rear axles. Put the pedal to the metal and all you hear is a slight whine and the car is zooming past 60 mph in a matter of seconds. It’s not that electric cars aren’t fast, it is just that they don’t ‘feel’ fast. Remember as kids you would play around the house making car sounds? In those times, we discovered that speed equaled loud sounds. The louder you sounded the faster you were going. Electric cars have destroyed that concept altogether. There is no excitement or thrill in driving an electric car and if we say so ourselves there is no will in driving one.

Imagine yourself sitting at a drag strip of the future. Instead of covering your ears against the loud roar of huge engines all you will experience is the tinge smell of #burning tires. The future is all good and bright but we are really losing the true spirit of driving a vehicle. Some countries of the world have planned to ban #diesel and #gasoline run cars in the future. Germany has already taken the first steps in this regard and famous marques are following. #Nissan, for instance, is expecting to sell 1 million units of all-electric cars by 2022. If we don’t keep the spirit of gasoline and diesel cars alive the only place we will be seeing them would be on a race track.